The Most Common Electrical Issues in Your Home 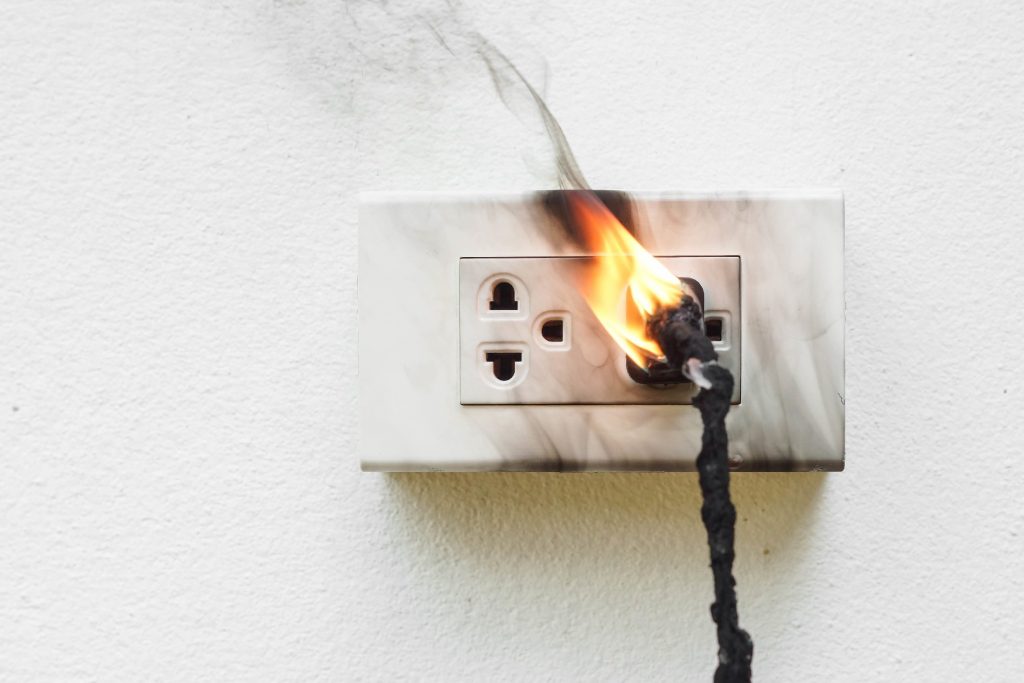 Written by DFW Electrician on October 6, 2021

At TopTech Electric we’ve been serving the community in Tarrant, Denton & Dallas Counties for a long time. Long enough to see that many of the exact same electrical issues pop up in houses repeatedly. Homeowners may be totally unaware that some of these electrical issues are even problems, especially the small ones. It’s important to address any electrical issue in your home quickly, for your safety. Here are the most common electrical issues in homes that you should look out for.

1. Dips in Power
Do the lights suddenly dim, or do the appliances start to make a different sound? Dips in power can be caused by your electrical system, but more often they are caused by large appliances drawing too much power from an outlet, especially when it first turns on. Ensure that you’re not using a device that needs more power than your home can supply.

2. Electrical Surges
Electrical surges are common because so many things can trigger them. Bad electrical wiring is our first suspect, but lightning strikes, damaged power lines, and faulty appliances are other potential causes. You’ll want to get an electrical surge problem fixed quickly because even very short surges can do serious damage to anything plugged into your outlets, including electronics.

3. Broken Dimmer Switches
Is this light supposed to dim? That’s a question we get asked a lot. If there is a dimmer switch installed, then the light should dim. If it doesn’t there could be one of a number of problems, including outlet faults, circuit problems, a removed fixture or a superseded switch.

4. Tripping Circuit Breaker
Your home runs on a dozen or more circuits. Each electrical circuit will power a room or a portion of one, including the lights and the outlets. Each circuit can also only provide a certain amount of electricity. If you plug too much in, you may trip the circuit, and need to turn something off before you flip the breaker.

But what if the breaker trips a lot, and seemingly not because you’ve overloaded it? Then you need an electrician’s help. Remember that a circuit breaker trips for safety, so frequent tripping is not good.

5. Overloaded Circuits
A tripped circuit breaker may be one sign of an overloaded power board. This electrical problem happens often in older homes that weren’t designed to support as many electrical devices as we use today. If you have this problem, you can get an electrician to change your wiring. There are also some stopgap measures that you can take, such as:

6. Some Lights are Brighter than Others
Have you noticed that some of the lights in your home are brighter than others? That can be really frustrating when you want good light in a space. If you’re sure you’re using lightbulbs of the same wattage, then this problem is caused by a bad main neutral connection. You’ll need an electrician to fix this.

7. Electrical Shocks
Electrical shocks are one of the more serious problems you can have in your home. Even mild shocks are not good for you, and they could be precursors to larger problems. You might feel a small electric shock when you turn a device on or off. Any shock (beyond a static shock) is worth calling an electrician over. Larger electrical shocks can be very dangerous, so it’s never a good idea to investigate it yourself.

8. Light Switches that Don’t Do Anything
If you’ve just moved into a house and you have found some light switches that don’t do anything you might be curious as to what’s going on. Most commonly the light switch has been superseded, but this also might indicate an electrical problem like a fault in the outlet, wiring or circuit. It’s worthwhile to get this investigated, especially if you can see that there is a light that won’t turn on.

9. High Electrical Bill
A high electrical bill usually isn’t so much a safety problem as it is a budget problem. But there are plenty of ways that we can help you in this regard. Including:

If you live in Tarrant, Denton & Dallas Counties and you notice any of these electrical problems in your home, give the professionals at TopTech Electric a call today.